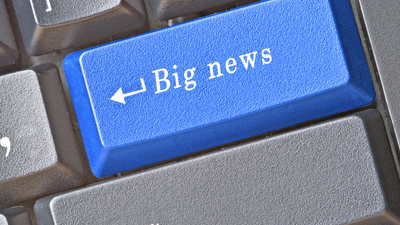 The investment, which brings the company’s total funding to $22 million, will enable Velocity to expand its team and allow developers to streamline and expedite product development with the ability to create on-demand, fully isolated production-like environments in the same easy way they create new Git branches. Velocity recently came out of stealth mode into beta and is already working with various customers including StreamElements and Granulate.

“More than 20% of a developer’s time is being wasted on creating and maintaining non-production environments, instead of working on delivering new features to customers,” says Velocity CEO and co-founder Tal Kain. “This comes with high maintenance costs and delays in deploying new features to production. Our goal at Velocity is to deliver a production-like environment in a click so that developers only have to put in minimal effort and upkeep on their side to operate in their regular workflow.”

Lonne Jaffe, Managing Director at Insight Partners, is joining Velocity’s board of directors. “Developers care about being productive and independent, and companies want to deliver quality products,” says Jaffe. “With Velocity’s innovative, cutting-edge solution for spinning up production-like environments quickly, everyone wins. We at Insight are thrilled to welcome Velocity to our portfolio and look forward to joining the fantastic team on the company’s ScaleUp journey.”

With the rise of microservices and cloud-native applications, environments are becoming more complex to manage and maintain, especially for developers who want to replicate real use cases in an environment similar to production to avoid errors and outages that can cost a company millions of dollars.

Efforts to ensure that these environments are really aligned with the production reality place a huge burden on developers. Kain and CTO & co-founder, Kobi Meirson, are fully aware of this burden, having experienced the problem themselves in previous roles. Add to that, the pain of needing to compete to get access to a specific resource or wasting time waiting to deploy to a shared, staging environment.

“We met multiple companies that started investing months of their DevOps time building their own home-grown solutions, just to be able to work and debug easily,” says Kain. “It becomes even more difficult to do this when you don’t have the ability to replicate all the external dependencies, such as cloud resources, with the data and the right context that the developer needs to work with.”

Instead of being a new tool that must be learned, Velocity works with developers’ current toolbox and existing workspace, integrating with their IDE of choice to remove any friction to their daily workflow. The solution is tech and cloud-agnostic and easy to maintain as any developer can spin up and create ephemeral environments on-demand, with a simple command without waiting for DevOps to create it for them.

With Velocity’s automatic synchronization, every change or new service added to production is synced in real-time to the developers’ isolated environments. As a result, DevOps teams also benefit from getting time back in their day that they would normally put toward maintaining both production and pre-production environments.

"With Velocity, you don't need to invest time spinning up an environment, and you are not dependent on other developers," says Shir Maor, FullStack Developer at Granulate, one of Velocity’s early adopters and customers.

Saving time and developer productivity is only one of Velocity’s benefits, in addition to easier collaboration with remote teams and stakeholders. Each isolated environment gets its own URL, which can be shared with other teams for instant feedback.

Nils Vollenbruch, who works on the DevOps team at StreamElements, has also freed up his time to focus on business-critical needs instead. “In the future, every developer, no matter from what team, could use Velocity as their standard development flow, where they just pick one service that they want to work on and run all the other services and databases.”

Founded in late 2020, Velocity is racing ahead of its product roadmap, onboarding customers and hiring rapidly. See here for open roles, and get started here.

Velocity empowers developers to streamline and accelerate product delivery with the full autonomy to spin up fully isolated production-like environments on-demand, in the same easy way they are creating new Git branches. Founded in late 2020, Velocity recently came out of stealth mode into beta and is already working with various global and smaller customers. To learn more visit velocity.tech or contact pr@velocity.tech

Insight Partners is a leading global venture capital and private equity firm investing in high-growth technology and software ScaleUp companies that are driving transformative change in their industries. Founded in 1995, Insight Partners has invested in more than 400 companies worldwide and has raised through a series of funds more than $30 billion in capital commitments. Insight’s mission is to find, fund, and work successfully with visionary executives, providing them with practical, hands-on software expertise to foster long-term success. Across its people and its portfolio, Insight encourages a culture around a belief that ScaleUp companies and growth create opportunity for all. For more information on Insight and all its investments, visit insightpartners.com or follow us on Twitter @insightpartners.